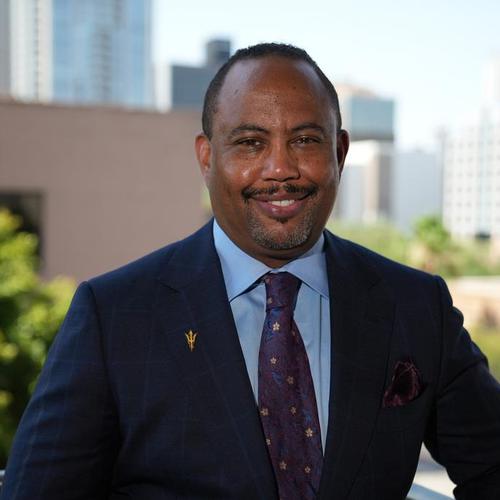 Dr. Battinto L. Batts, Jr., dean of the Cronkite School, is an award-winning journalist and educator with deep experience in philanthropy and nonprofit administration.

Batts served as a full-time professor at the Scripps Howard School of Journalism and Communications at Hampton University in Virginia. He was eventually appointed director of the University’s William R. Harvey Leadership Institute and later as assistant dean for academic affairs at the journalism school.

Batts’ most recent position was as director of journalism strategies for the Scripps Howard Foundation in Cincinnati, Ohio. While at the foundation, he helped manage journalism initiatives and funding priorities and oversaw the prestigious Scripps Howard Awards. He also played a pivotal role in the development of the Howard Center for Investigative Journalism which was awarded to the Cronkite School and the University of Maryland in 2018.